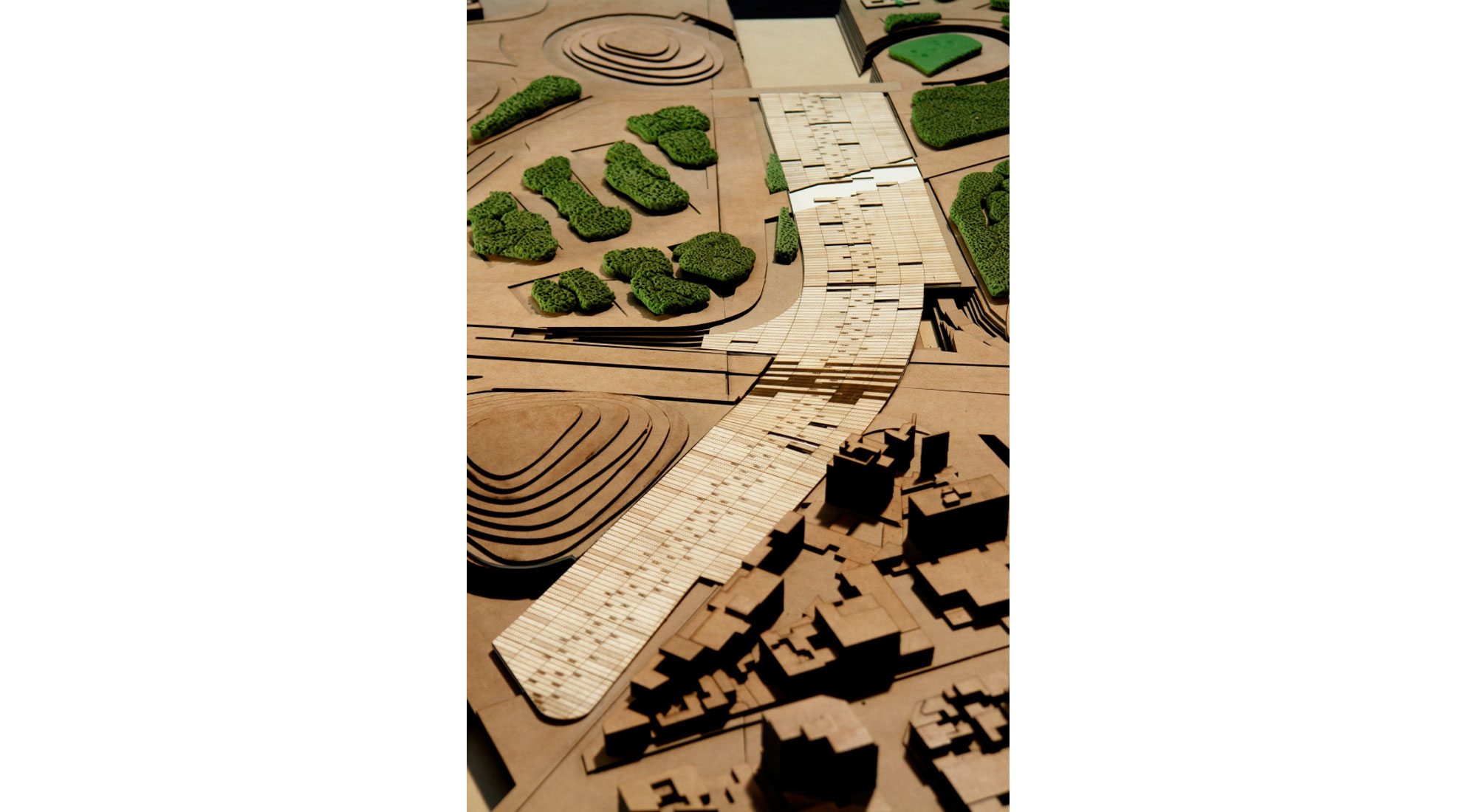 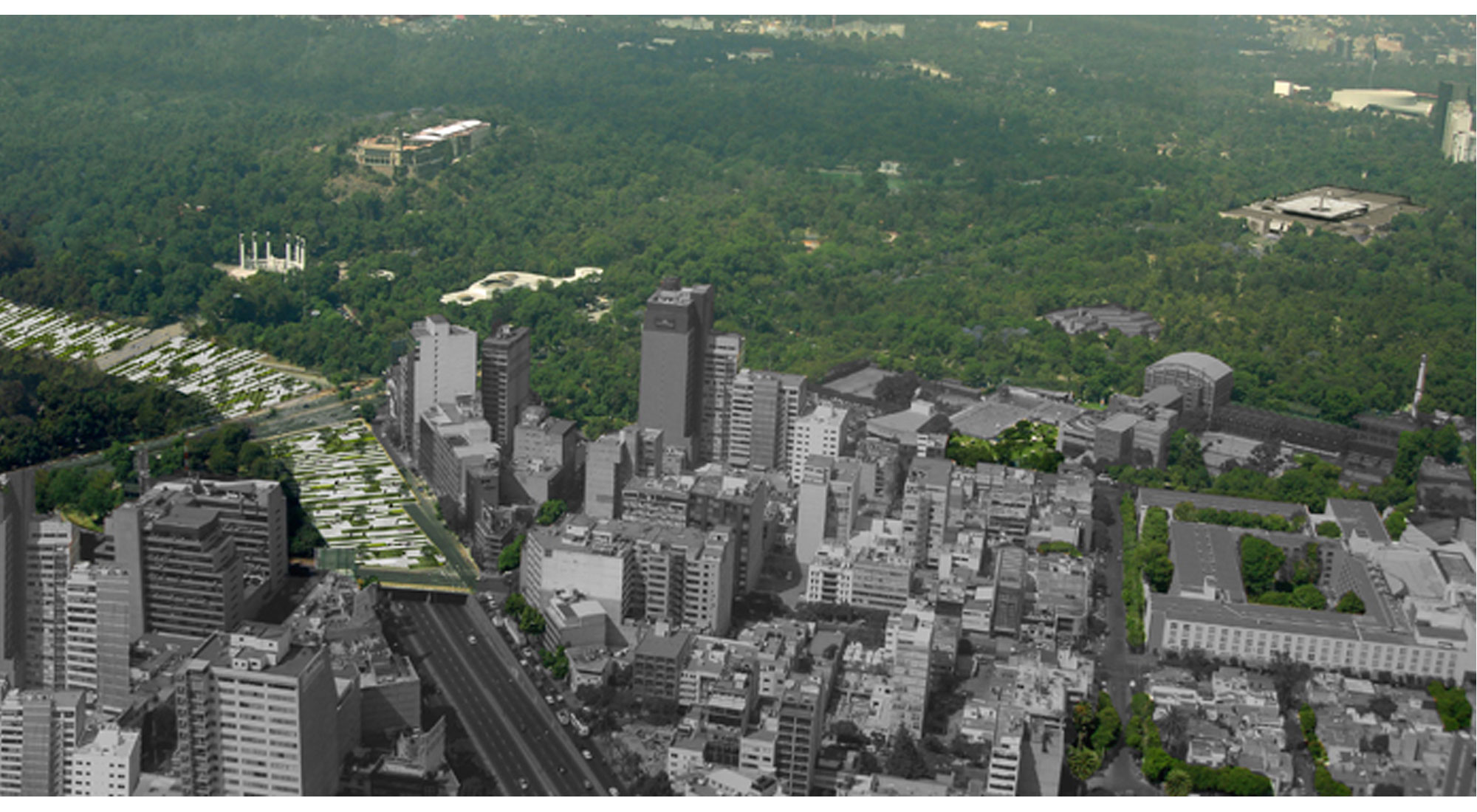 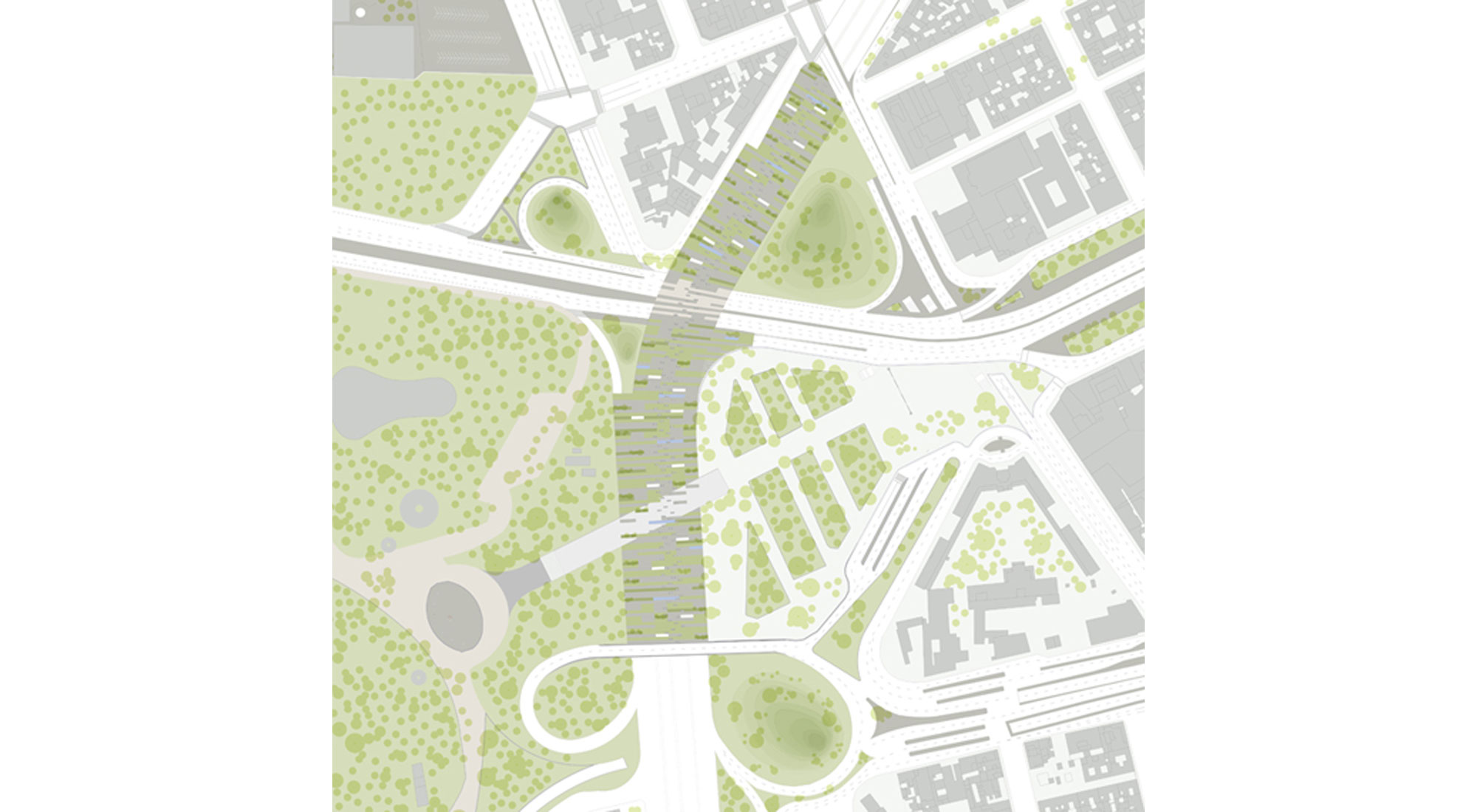 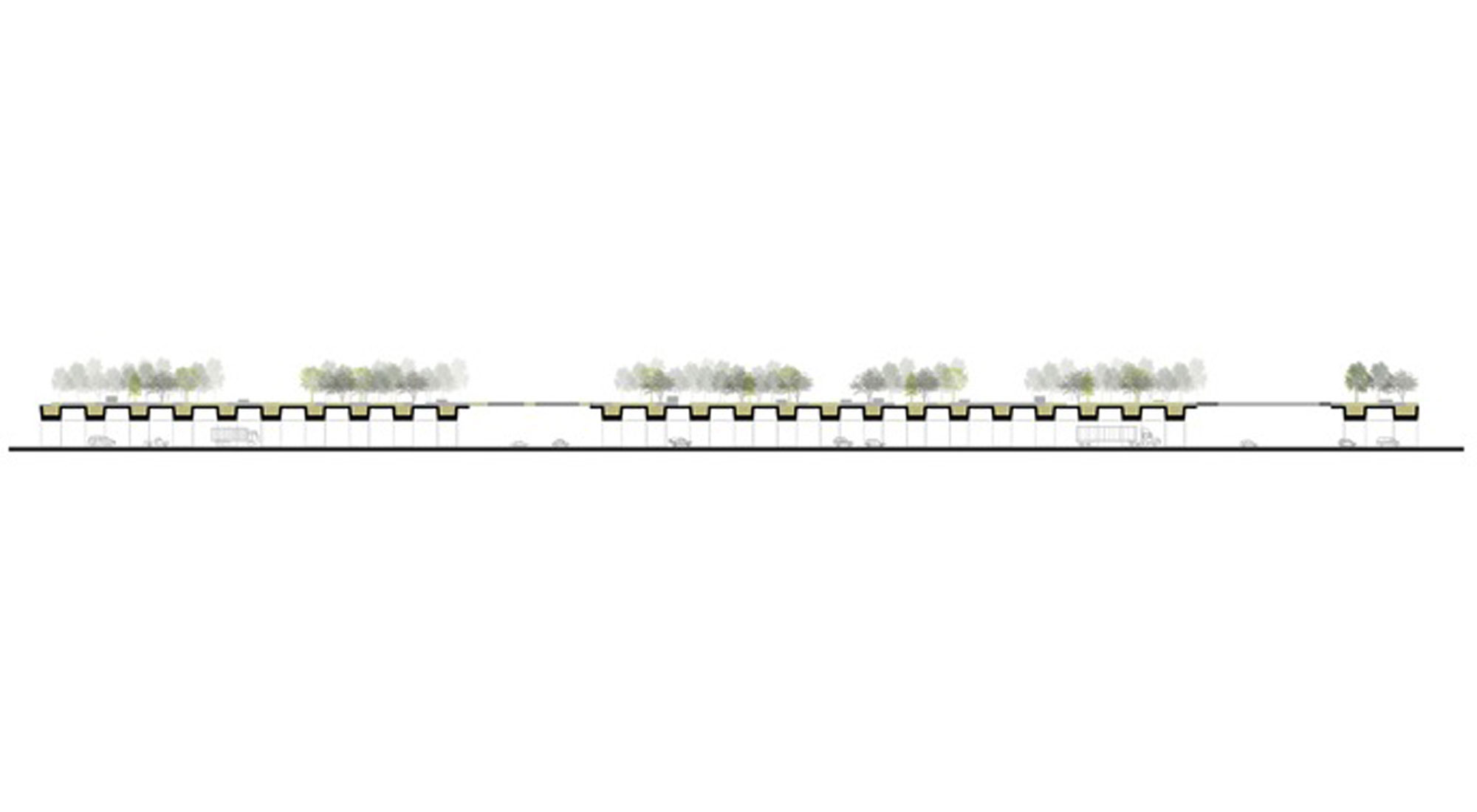 This project is the result of a competition by invitation to design a ‘‘Bicentennial Arch’’ on Paseo de la Reforma, between the Torre Mayor and the Lion’s Gate of Chapultepec park. The proposal starts from the premise that Mexico’s monument of the twentieth-first century should not be an object but rather a public space. Thus, a new relationship between the city and its inhabitants is proposed, focused on both physical and social connectedness. The commemorative and symbolic aims are not concentrated in a sculpture but in the linking of public, civic, cultural, and recreational aspects, by means of an extension of Chapultepec park over Circuito Interior and on both sides of Paseo de la Reforma. This allows the avenue, the park, and the adjoining neighborhoods to recover their continuity. The new space, almost 500 meters long and 60 meters wide, also incorporates the residual green areas left as islands or isolated elements along Paseo de la Reforma between the Museum of Modern Art and the Torre Mayor. The idea is to make the citizen –the pedestrian– the protagonist of the city and to redefine the concept of park, monument, and public work.