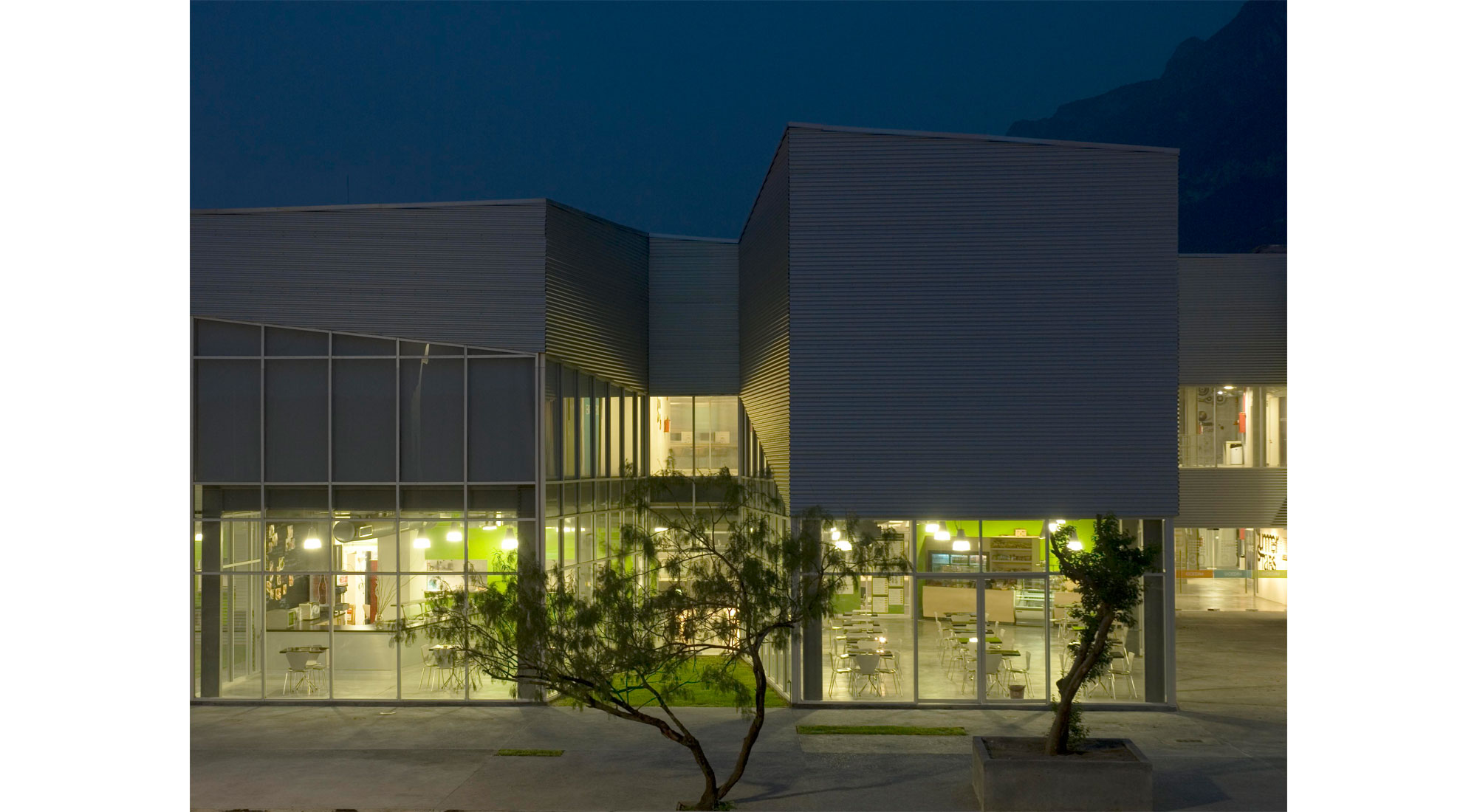 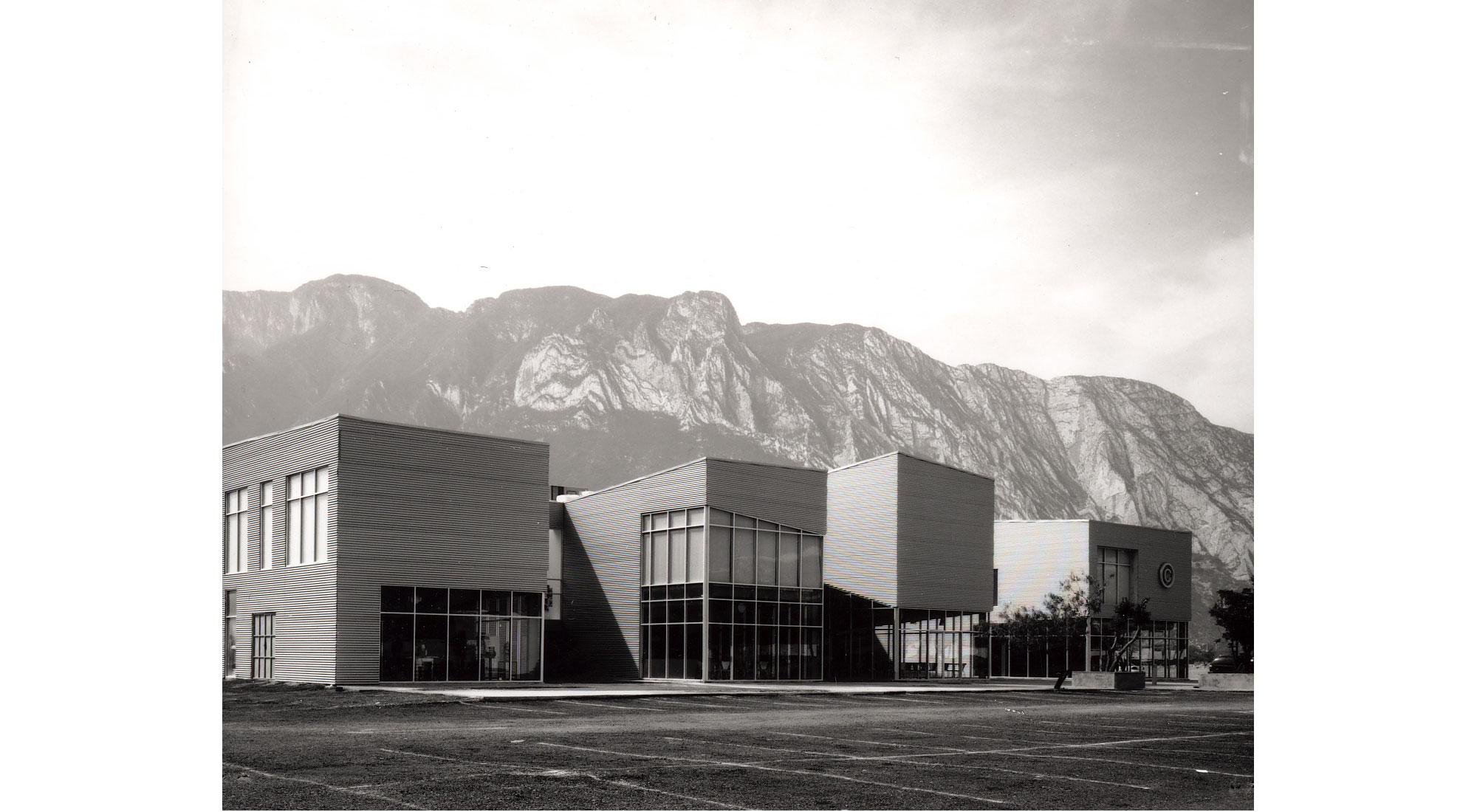 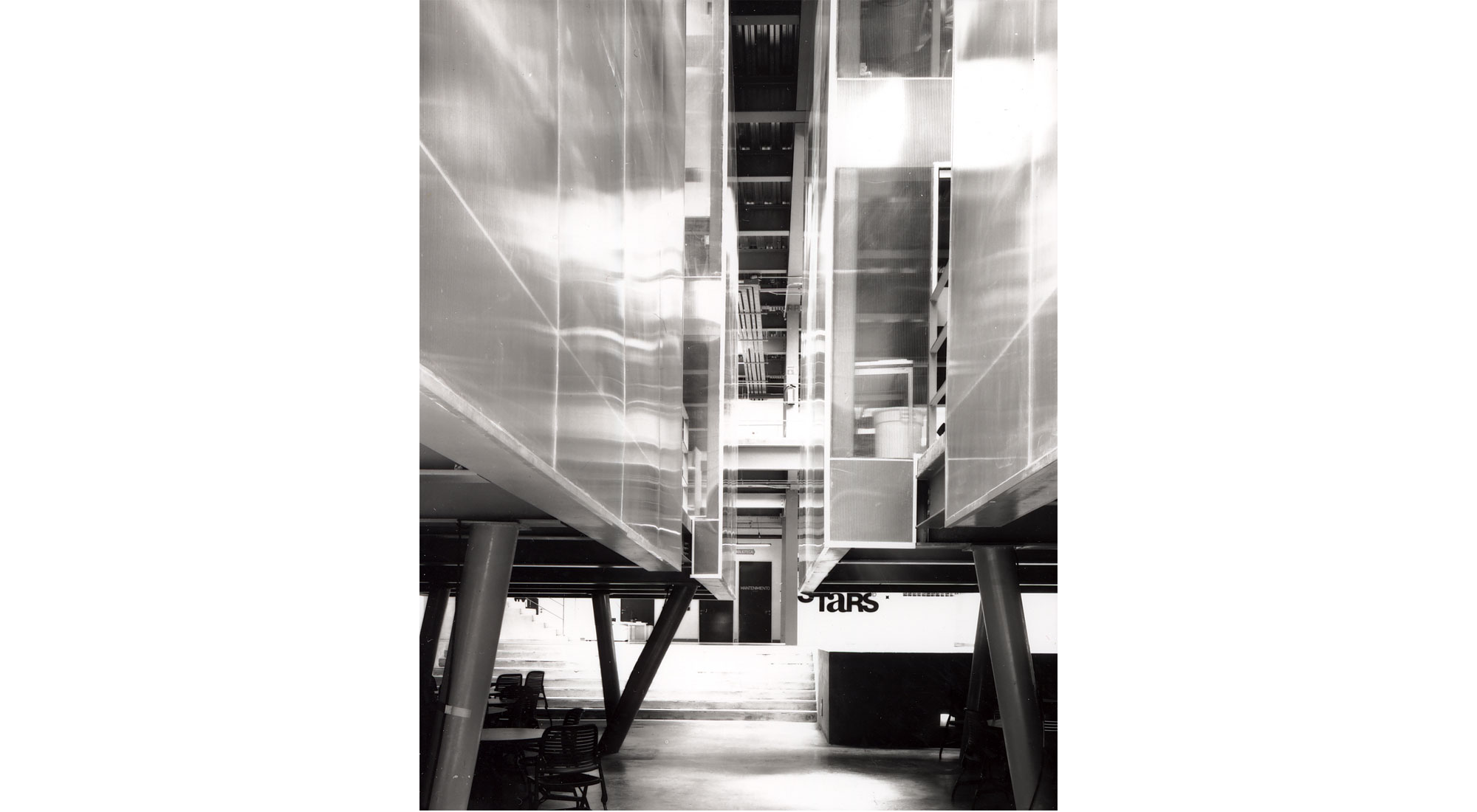 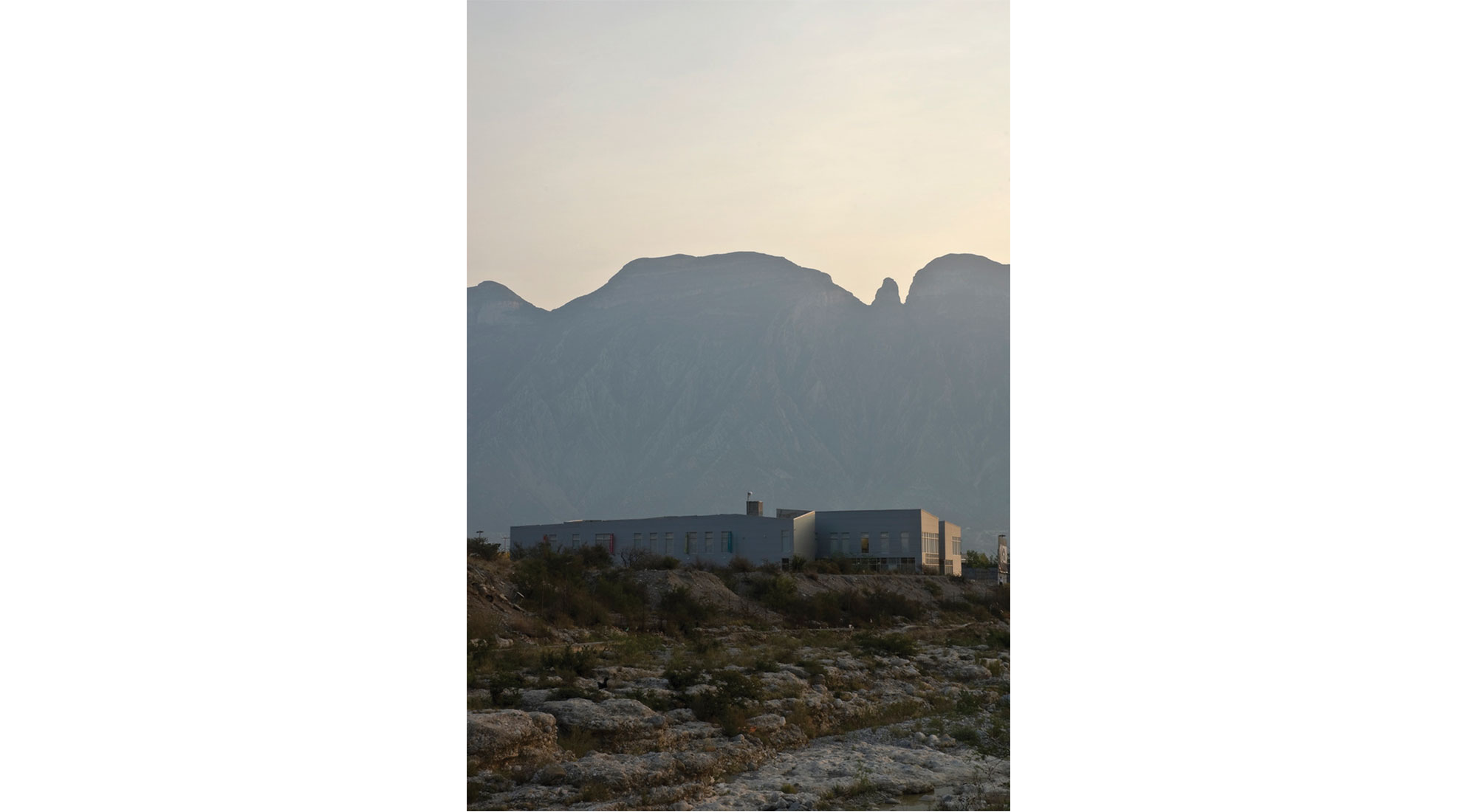 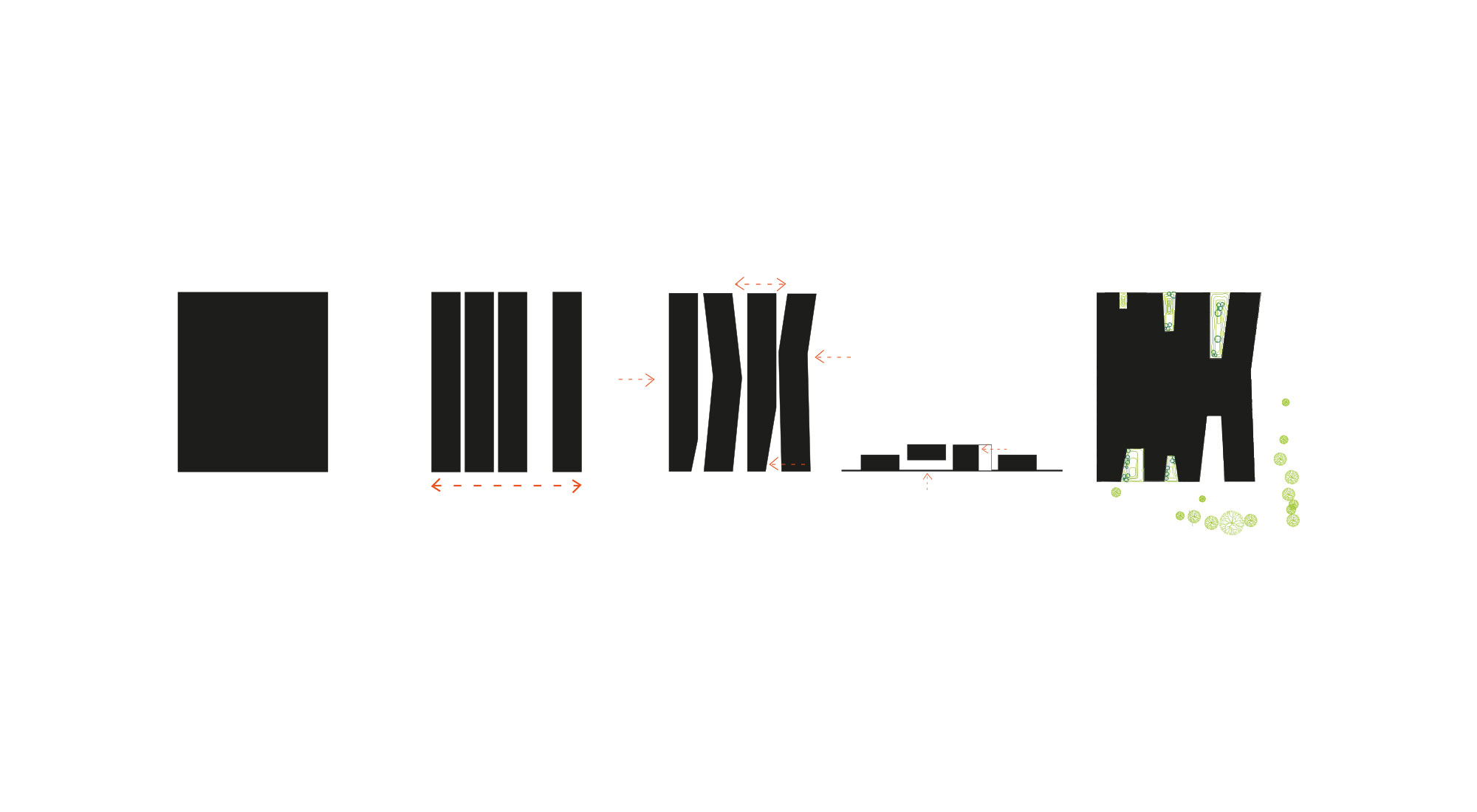 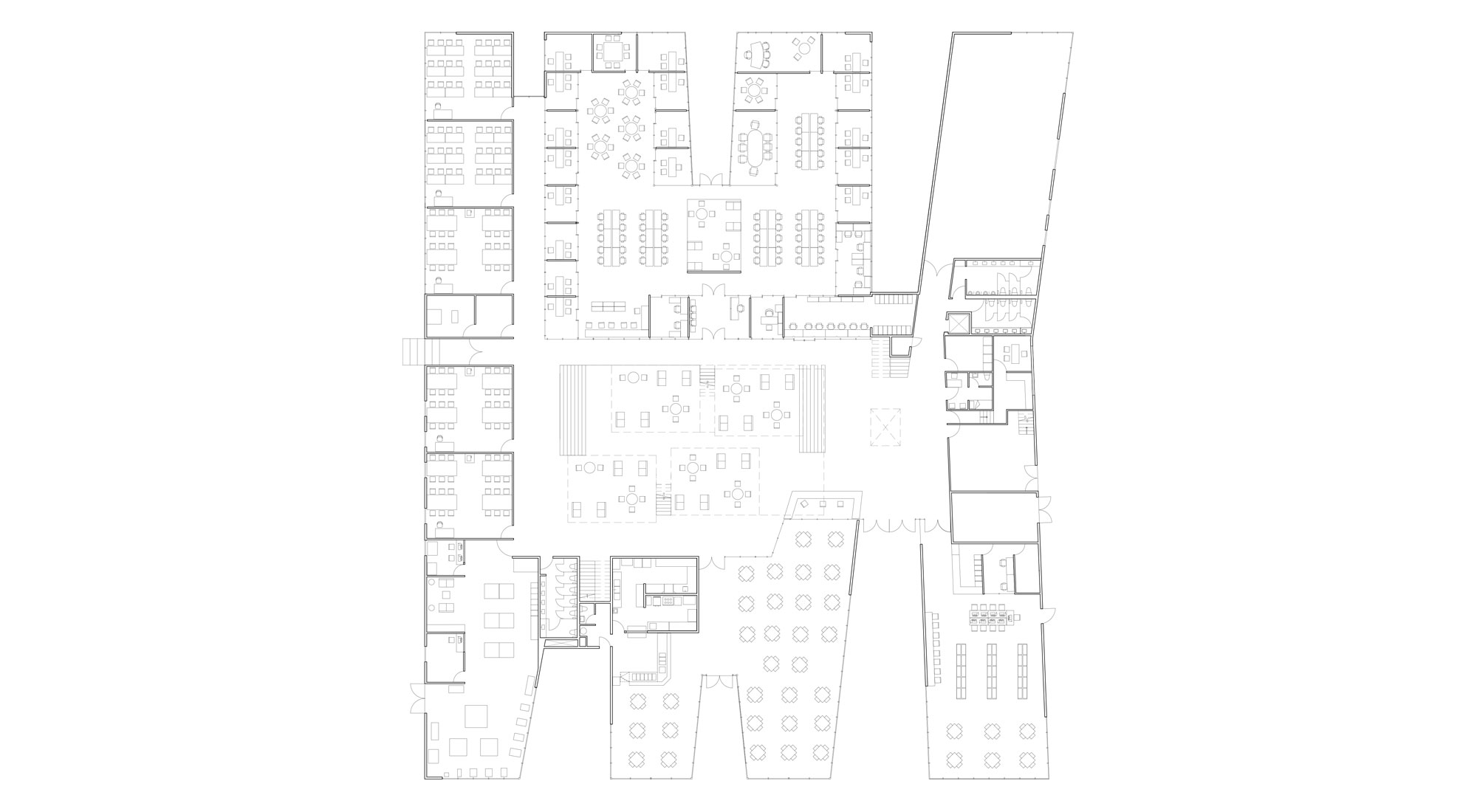 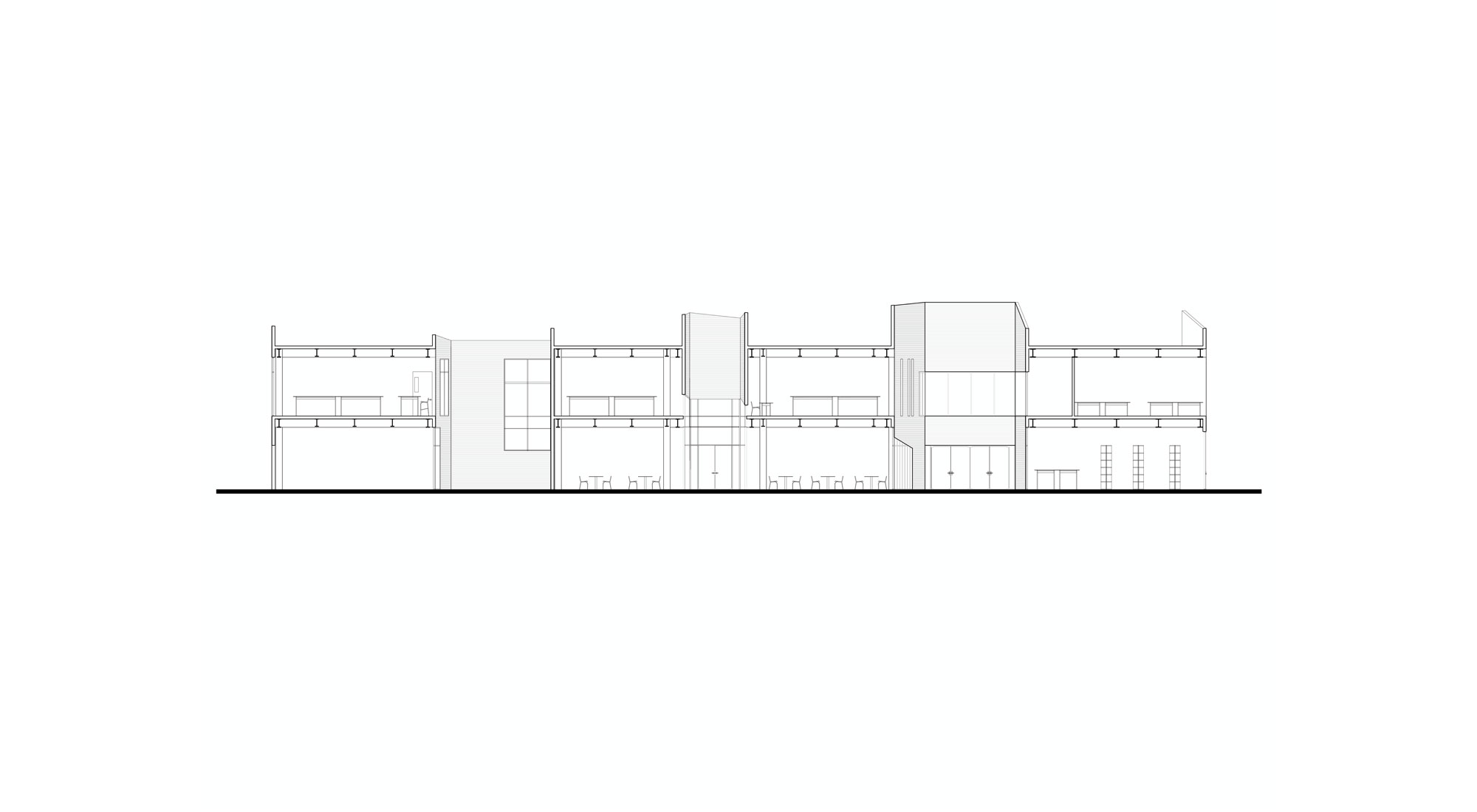 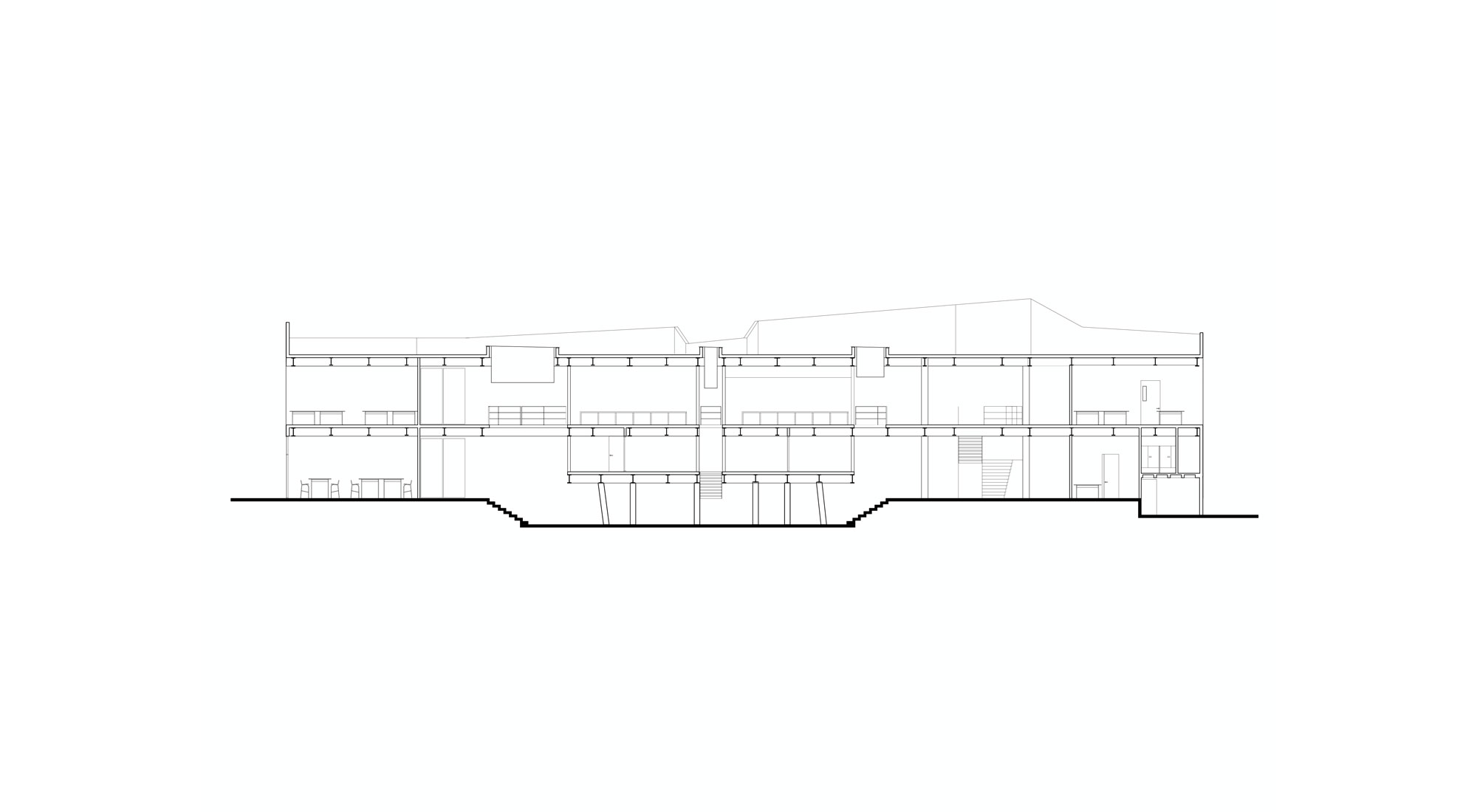 The new campus of the CEDIM Design School (Centro de Estudios Superiores de Diseño de Monterrey) is the result of a competition by invitation held in 2006. The new location, on the western outskirts of Monterrey, replaces the former downtown campus. This change to a large, empty territory, surrounded by mountains and near the Santa Catarina River, defined the design. Located on a 12,000-square-meter lot along the river, the campus occupies its site as a compact block. Designed for multiple uses and fluid circulations, the almost square block, which measures 5,200 square meters, consists of two levels penetrated by narrow grooves that let in natural light and open up views. These incisions allow the landscape to be taken in even as they generate greater complexity, varying spatial qualities, and shorter circulations on the interior.